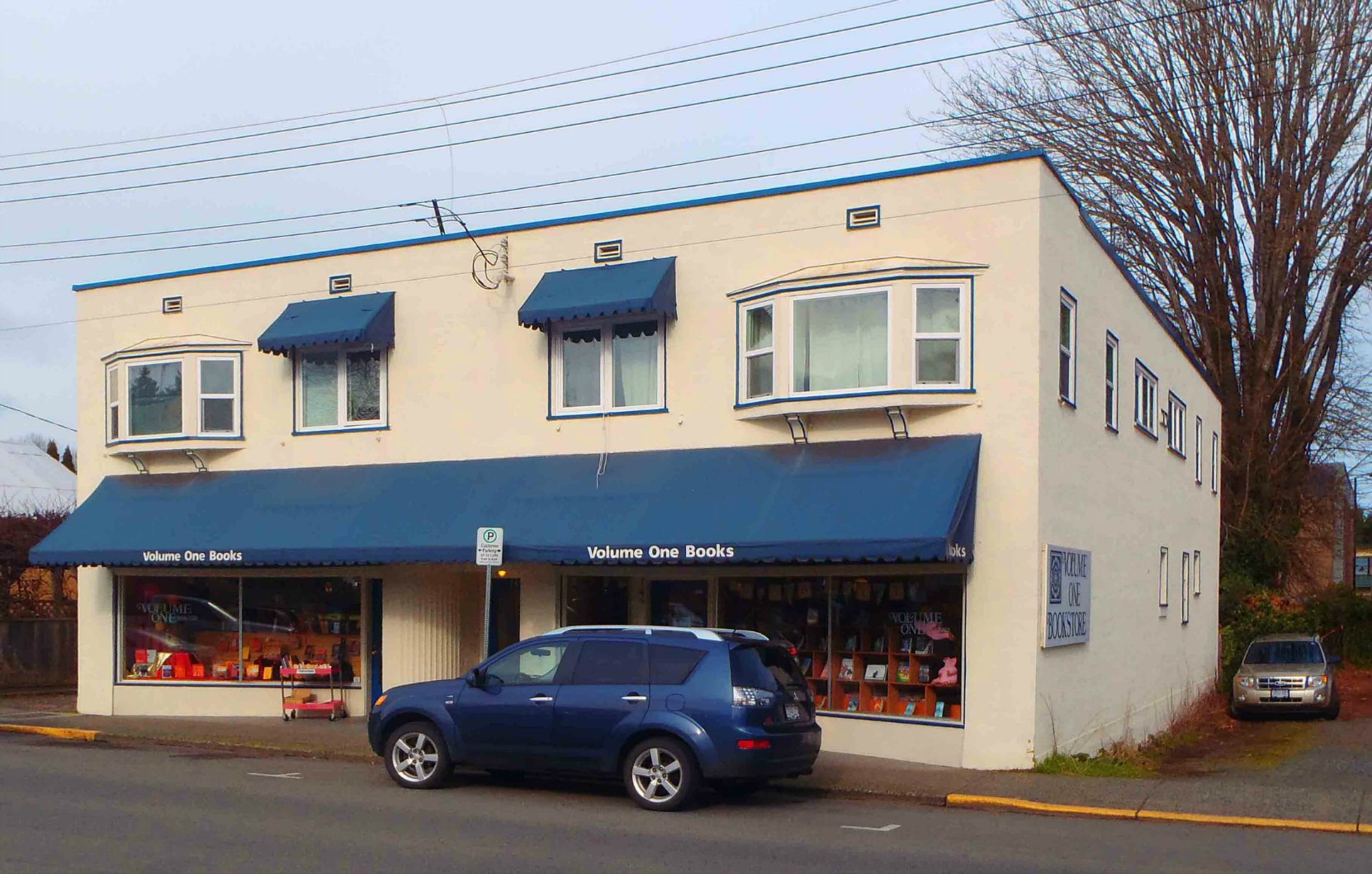 This downtown Duncan landmark building has been occupied by Volume One Books since 1972.

It was built in 1949 by Most Worshipful Brother Claude Green as a commercial and residential building. It was designed with commerical space at street level and four residential apartments on the second floor. It still features this configuration.

Claude Green apparently intended to use the commercial space for his retail paint and paint contracting business while renting out the four second floor apartments. This did not happen. Shortly after the building was completed, Claude Green sold the building to a group of doctors who wanted it as an investment property.

The building is a downtown Duncan landmark. The street level retail space is currently occupied by a long established local business, Volume One Books. The four upstairs apartments are still used as rental residential space.

Do you want to leave a comment or question about this page?